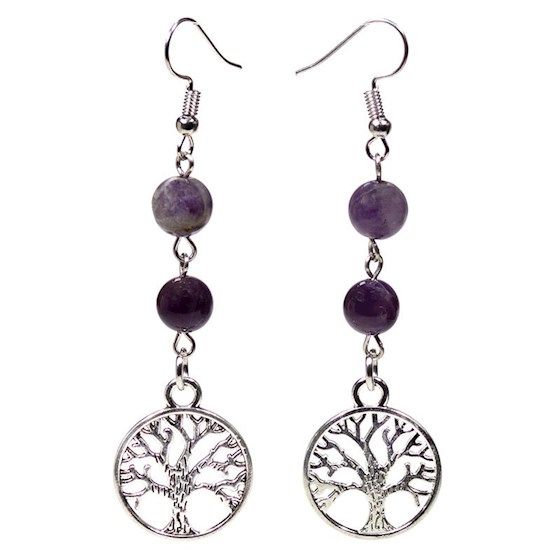 Fluorite is also called fluorspar. The stone occurs in nature in many colors, caused by the different trace elements that it may contain. Fluorite is very suitable in these days because it cleans and protects from electromagnetic radiation. Fluorite also promotes concentration.

Amethyst is a purple-coloured quartz crystal. Purple shades vary from light lavender to deep violet. Amethyst crystals have a spiritual quality to them and can be used to help individuals tap into higher levels of consciousness. It can serve as a bridge between physical and ethereal frequencies, creating an opening for enlightenment.*

This product is nickel, lead and cadmium free; meaning therefore that such elements are not present or in the limited quantities allowed within the European product safety standards.

*This information has not been scientifically proven, it is based on the experience of users and therapists. When in doubt about your health, consult a physician.

The tree of life in different religions and spiritual traditions

The Tree of Life is a powerful symbol that exists for centuries and worldwide in various religious and spiritual traditions.

Tree of life, Ancient Iran
In Iranian mythology, there are several sacred vegetal icons related to life, healing and eternality. Like guardian of plants, goddess of trees and immortality.

Tree of life, Baha'i Faith
The concept of the tree of life appears in the writings of the Bahá'í Faith, where it can refer to the Manifestation of God, a great teacher who appears to humanity from age to age.

Tree of life, Buddhism
According to Buddhist tradition, the Bodhi tree, or Bo tree, is the tree (Ficus religiosa) under which prins Siddharta sat when he attained Enlightenment around 2.500 years ago at Bodh Gaya, India, and thus became the Buddha (the Awakened-one).

Tree of life, China
In Chinese mythology, a carving of a tree of life often also depicts a phoenix and a dragon, where the dragon often represents immortality. A Taoist story tells of a tree that produces a peach of immortality every three thousand years, and anyone who eats the fruit will receive immortality.

Tree of life, Europe
Antoine-Joseph Pernety, a famous writer and alchemist in the eighteenth century, identified the tree of life with the Elixir of life and the Philosopher's Stone.

Tree of life, Germanic paganism and Norse mythology
In Germanic paganism, trees play a prominent role, appearing in various aspects of surviving texts and even in the name of their gods. The tree of life appears in Norse religion as Yggdrasil, the world tree that expands throughout 9 realms, holding the 3 magical sources of all life: the source of wisdom and knowledge, the source of past, present and future, and the source of space, the cosmos itself.

Tree of life, Islam
Trees play an important role in the Quran also. The date palm is mentioned around 20 times and is described as coming from paradise and healing poisons. It is the tree under which Maria – according to Allah – gave birth to Jesus. About the olive tree is written: "It showed the pure river of the water of life, clear as crystal, coming from the throne of the Lamb of God. In the middle of the road and across the river grows the tree of life that bares twelve baskets of fruits every month. And the leaves of this tree serve to heal the people."

Tree of life, Mesoamerica – the Mayan Culture
Among the Maya, the central world tree was conceived as or represented by a ceiba tree. It represents the axis mundi, the stable centre of the universe.

Tree of life, Judaism
The tree of life is mentioned in the Book of Genesis. The most well-known tree in the Garden of Eden is the tree of the knowledge of good and evil, from which Adam and Eve ate and caused them to be expelled out of paradise. Judaism also mentions the tree of life or tree of souls. This tree produces souls and thus life itself. 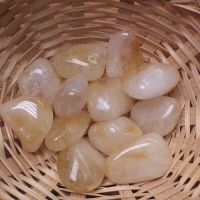 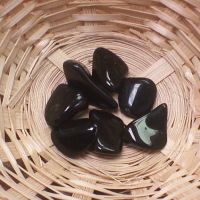