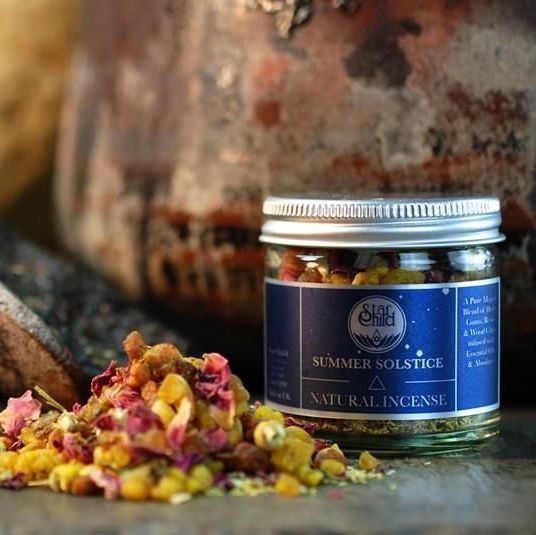 At the Summer Solstice the Sun has reached its climax. It is the longest day of the year. At its most glorious peak the Sun God sacrifices his power and bestows his solar seed upon the Earth womb. On this glorious day we celebrate his fertilising power, even though from now on it will be waning. The Summer Solstice is the midpoint of the year. But just as Yang contains the seed of Yin, the peak of the Sun power marks his demise - yet, his selfless sacrifice gives life to all. Summer Solstice is a time to celebrate the creative power of the sun. It is a time to reflect on both, the process of becoming and the process of death. The King is dead, long live the King.

How to Burn Star Child Incense
Use a suitable Grated / Sieved Burner or a Charcoal Disc in an appropriate holder.

Charcoal Disc:
Place a self-igniting charcoal disc in a fireproof dish, well away from flammable objects. The charcoal discs can be ignited simply by holding a match or lighter to the rim. Be aware that these discs may spit and sparkle profusely upon ignition. Allow plenty of air to flow around the charcoal to ensure that it burns evenly. Once the charcoal disc has finished sparkling it will start to glow, usually first on one side, then slowly spreading over the whole disc. When the entire disc is glowing red hot it is ready to use and you can place a pinch of incense on top. As the disc burns, the fire will concentrate in its centre. You may occasionally want to scrape off the ashes to expose the glowing centre and add fresh incense as desired. 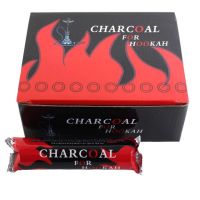 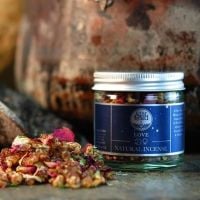 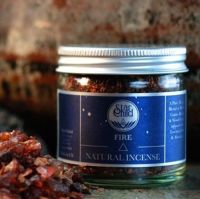 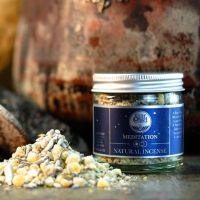 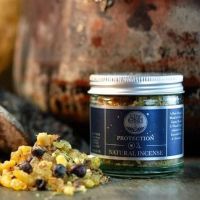 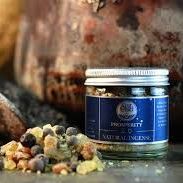 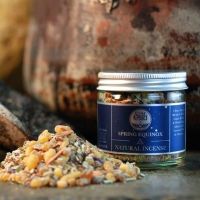 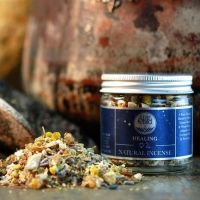 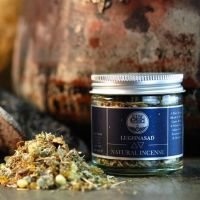 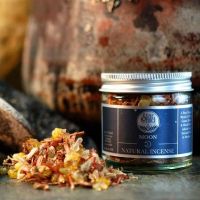 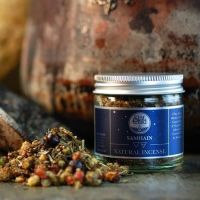 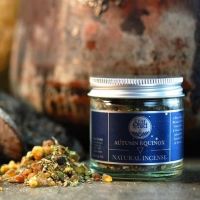 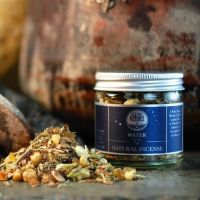 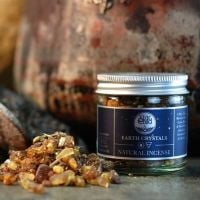